A first-person narrative expressed by faithful PCG leaders who were inspired to share their faith with their neighbor. Despite discouragement, they remained resolute. 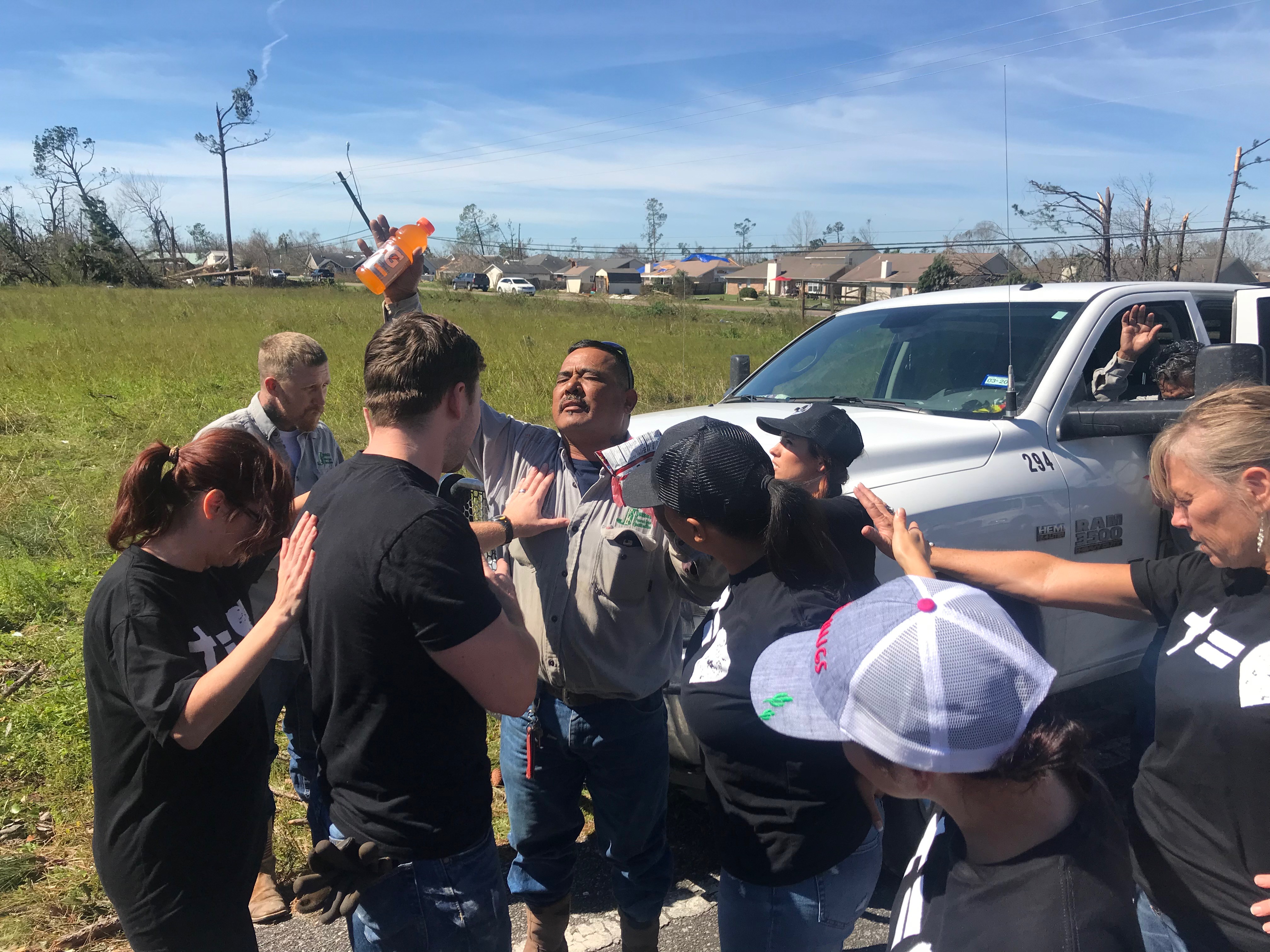 Editor’s Note: Below you will hear a first-person narrative expressed by faithful PCG leaders who were inspired to share their faith with their neighbor. Despite discouragement, they remained resolute. The names of all parties involved have been changed for the sake of anonymity.

James Knight has lived in the house next door to us for over 10 years. He has been an alcoholic for as long as we have known him, drinking even early in the morning. Unfortunately, he struggles to keep a job and pay his bills as a result. In fact, James lives most of his days without electricity or running water. My husband Marshall and I have offered to hook him into our well and run extension cords to his home, but he adamantly refuses handouts. Despite his condition, James is sweet and kind, always smiling when we go to visit or bring him leftovers from our meals. We truly consider him a friend, and we love him. Over the years, we have invited him to church numerous times, and we’ve developed a good enough relationship that I’ve even thrown my car in park while pulling out for Sunday morning service, walked across our yards in my heels, and asked him to just load up come right then. Perhaps taken aback, he said, “Not today, but I’ll come next week.” He never came.

From that moment on, I felt defeated, and I pretty much gave up. That is, until January. In January, our district bishop invited missionaries to come speak at our Bible conference. Their stories of reaching the lost were inspiring to me. As I sat on the edge of my seat, I was filled with renewed excitement and vigor to reach the lost… After a few moments of contemplation, I sat back in my seat. “I will reach James Knight, but how?”

At that moment, I felt like God gave me specific instructions. "Put a card on his door every Saturday until he is saved."

“Okay, I can do that… Wait, no I can't. I will do it for a few weeks and then forget. If I’m just going to fail, then it would be better to not start at all.” I was spiraling, doubt and discouragement trying to cloud my judgment.

But God responded, "Set an alarm in your phone to go off every week." So in obedience, I pulled out my phone and set an alarm for every Saturday afternoon, and I went to Walmart that same day to buy my first 12 pack of blank cards.

When Saturday came, I put my first card on his door fully expecting him to show up at my house for a ride to church the next day. My kids got ready early and sat on the couch to watching out the window until he walked across the yard. He never came. Week after week, I took a card and a snack to his door and left it lying there for him. Each card told him what time we would leave for church the next day, that we would give him a ride, and was signed, “Love in Christ, Janice.” After a while, my boys stopped watching out the window on Sunday mornings, but my alarm never stopped going off on Saturday afternoons. I kept taking cards, rain or shine, cold weather or even ankle-deep water one week. Once, I walked while he was in the yard drinking his beer. I handed him his card and said, "James Knight, I have brought you about 15 cards. When are you going to go to church with me?"

He responded, “I can't.” And then he proceeded to explain that his heart was right with Jesus even then in his semi-drunken state. I left pretty defeated thinking that this will never change, but I was committed to doing what God told me to do—one card every Saturday until he is saved (or in my mind, until he dies, because he may never be saved).

Now, several months into this endeavor, Marshall and I found ourselves at the Centennial Celebration. It was an amazing week; we are ready for PCG 2.0. Inspired by One Mission-One Movement, we felt like we could go home and changing the world. In the last night, Randy Lawrence brought an amazing word, but during the service, our phones kept ringing incessantly. The calls were from numbers we didn’t recognize, so we didn’t answer until Marshall received a text from his brother, which stated that James Knight had been trying to reach us. Tragically, James had found out that he had cancer and that surgery was scheduled for the next day. He was hopeful that we would call him. Of course, Marshall would usually never leave a service, but in this instance, he felt that it was important, especially since James never reaches out to us for any help or, really, anything.

While Marshall was out of the service, Bishop Ming came to the platform and began sharing his heart about reaching just one soul for Jesus. I immediately began praying for James's life, desperately asking God to keep him alive until he could be saved.

After the service, I found out about my husband’s conversation with James. Upon hearing James’s diagnosis, Marshall offered to pray. But before doing so, he asked James a straightforward question: “If you don’t wake up from the surgery, do you know where you’ll spend eternity?”

James responded, "That’s actually what I needed to talk to you about..." That night, over the phone in that very moment, James accepted Christ as his Lord and Savior.

In reflection upon this story, I believe that James Knight is probably the first salvation of PCG 2.0 and a testimony of many, many more to come. On our drive back home, we visited James in the hospital and saved looked good on him.

Be the Body of Christ